Inmatech’s technologies have been developed and patented by our company founders, who came together through the University of Michigan in Ann Arbor. In collaboration, they combine their expertise in materials, electrochemistry, product development, prototyping, and entrepreneurship.

Professor Levi Thompson, Chairman of the Board and Co-Founder 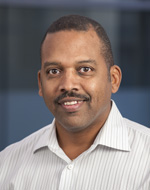 Levi’s leadership at Inmatech focuses on the design and development of nanostructured materials for use, as well as electrodes for energy storage devices.

As an entrepreneur, he co-founded TJ Technologies (acquired by A123, a leading producer of lithium ion batteries) and owns intellectual property in the field. 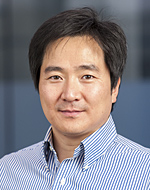 Saemin brings to Inmatech over a decade of experience in the formulation, characterization and evaluation of advanced catalyst and electrocatalytic systems for fuel processing and energy storage systems.

Currently he is the principal investigator for government funded projects from the National Science Foundation and United States Department of Agriculture. He also led the development program for novel nanostructured electrodes for high energy density Li-ion batteries, funded under the UM-Fraunhofer Alternative Energy Technologies for Transportation program.

Previously, he worked as an engineering manager at Visteon Corporation. He led the development of fuel processors for residential applications, and thermal and fuel systems for advanced powertrain systems, including hybrids and fuel cell vehicles for global automotive OEMs. 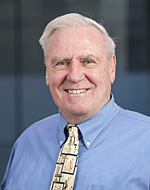 Paul leads Inmatech’s scientific advisory board and brings decades of expertise to the company’s technical research.

Currently, Paul is an emeritus professor of chemistry and molecular science at the University of Michigan.

He has published over 120 reviewed scientific papers and patents and has had research support from many governmental and industrial sources. He was Associate Dean for Research in the College of Literature Science & Arts for ten years and was administratively involved in new facility planning, labor contract negotiations, and research budget management. 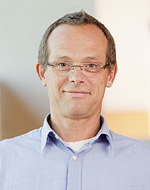 Stefan brings entrepreneurial experience to Inmatech. He also shares his broad management and business experience, as well as a strong multi-disciplinary technical background with expertise in optics, physics, electrical and mechanical engineering.

Previously, he co-founded three other companies, and served as a director at Fraunhofer USA — Center for Laser Technology, where he developed and commercialized new production technologies with light. He previously held positions as Chief Technology Officer at Visotek and as R&D Director at Jenoptik in Jena, Germany.

He has acquired and managed a variety of federal and state grants in the area of advanced manufacturing technologies for solar cells, batteries, and high brightness diode lasers.